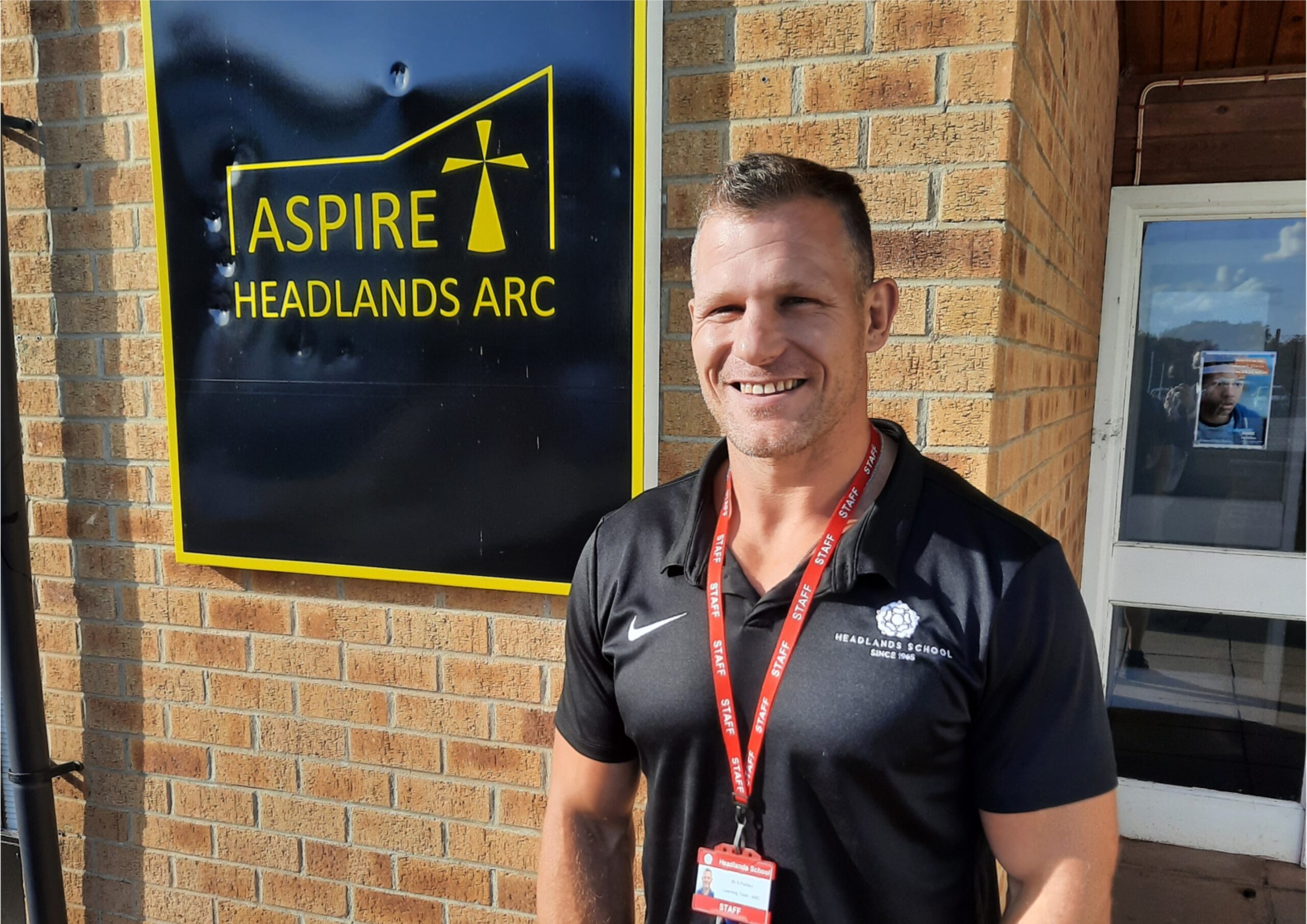 He has played for some of the biggest rugby league clubs in the country, but now Stuart Fielden is part of Team Headlands.

Once the most expensive player in Super League history, he has joined the staff at the school, working as welfare leader and as welfare officer in the ARC.

Stuart won 10 trophies in 10 years with Bradford Bulls, before a £450,000 transfer to Wigan Warriors. In total, he won four Super League titles, three World Club Championships and two Challenge Cups, and was part of the last three Great Britain teams to beat Australia in international fixtures.

He joined Huddersfield Giants in 2012 but his playing career was unexpectedly cut short.

“Sportsmen always struggle with finishing a career. You know it is inevitable, but I had just signed a contract at Huddersfield, I went in for a routine operation and my knee became infected. I had no idea what I would do after rugby league and I found it harder than most.”

The ARC is an alternative education provision on the Headlands site, a ‘school within a school’.

Stuart will be working with students there, but is also hoping to bring the experience he picked up during his 20-year rugby career to help Headlands staff.

“Last year was obviously the strangest year in human history. During the lockdown, I went to stay with my brother in Leeds, rather than living on my own, and he works as a behaviour leader at a school so that is how I became interested in working in schools.

“I worked at an alternate provision in a city school in Bradford for a year then moved over to East Yorkshire and did some work in Hull and then the opportunity arrived to work at Headlands, and I am really looking forward to it.

“It’s a great role and I can use my previous skills to help staff and students. We can embed some really good habits and give everybody the knowledge on how to look after themselves, I am a qualified personal trainer, so I will be putting in place wellbeing programmes for students and staff which will include physical training and nutrition plans, alongside some mental wellbeing.

“Physical wellbeing decides your mental wellbeing. I have always looked at research into what can give me an edge, and now I want to pass some of that on.”